What Works To Recover From An Eating Disorder?

Here is a beautiful, inspiring letter written by one of our clients that is a strong young woman that had the courage to take the essential steps needed to regain her life and break free of an eating disorder.  Way to go Sydney!  We hope her letter inspires you too. 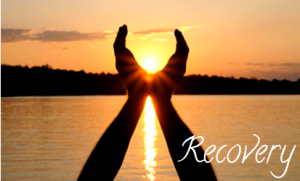 One of the most heart breaking things I had to learn while going through recovery is that you cannot always trust the people you love the most. That is not to say that you will not be able to trust them ever again but I have learned that you may not be able to trust their opinion in regards to certain topics, for example the amount and types of food that you need to eat in order to be healthy. In the long run recovery is about you, and ultimately you call all the shots so if you think that someone’s opinion is unhealthy or doesn’t fit with what you want your values and beliefs to be don’t take that opinion into account when you are trying to rationalize something.  I wish someone had told me that earlier on in recovery because even though it was an extremely hard lesson to learn I know it made me a stronger person in the end.

The first day I went to my counselor, she gave me a book about finding and bringing out that wisecracker that was lurking deep down in me. I have learned that standing up for what you believe in and not letting people push you around is actually healthy! Before starting down the recovery path I did not even realize that people were taking advantage of me, they do not do that anymore!

One of the most significant things that I realized throughout this whole process is that when you are in your eating disorder world everything is foggy and hazy and I mean that quite literally. Comparing the thinking and thought processes that I have now compared to the ones back then my thoughts were disconnected and blurry.  It is as if my brain took off a pair of thick glasses and now is able to see 20-20.

I know that depending on where you are in recovery you may think that what I am about to say is a load of lies but I am going to say it anyway because it is one of those things that really helped me. So here it goes; the first time you try something new it may be the hardest thing you have ever done.  I know with me there were certain foods or food groups that caused me a lot of anxiety and the first time I tried to eat them I could only manage a small bite. My nutritionist would tell me “Don’t think just eat” and sometimes I found that even though feeling the emotion behind eating certain foods was important, simply eating the food got me farther along the road of recovery.  Not a word of a lie though, every time after eating that certain food for the first time the anxiety around that eating it decreased significantly. Eventually I got to a point where there ended up being no anxiety around that food and that is such an amazing place to be.

One of my biggest fears was that I would not recover and that I would be stuck in my eating disorder world for the rest of my life. Towards the end of recovery I didn’t want to believe, or admit, that I had finally dumped my eating disorder. It’s still a strange thought to me but one of the happiest ones I could have ever asked for.  I’m not afraid to confess that I cried the day my nutritionist told me she didn’t think that I need to book anymore appointments with her, it really was one of the happiest days of my life. The day you are told that you have fully recovered is one of those days that only you can give yourself, which makes it infinitely more special. Pretty much what I’m trying to say is please keep going, throw tantrums, feel the big emotions, go through it because wouldn’t it be wonderful to be done with all of the luggage that comes along with first of an eating disorder and then recovery? I guarantee you life is a thousand times better being done with all of it.

Everything you are dealing with right now, all the stress recovery comes with is so worth it. Even though you may not see light at the end of the tunnel it’s there. I remember feeling like recovery was never going to end but  as long as you can take the advice from professionals, people you can trust and people who truly care about you then there is no way you won’t eventually get there and I speak from experience.