Cultured Meat: The Future of Food

Some day, your next burger may come from the lab, not the farm 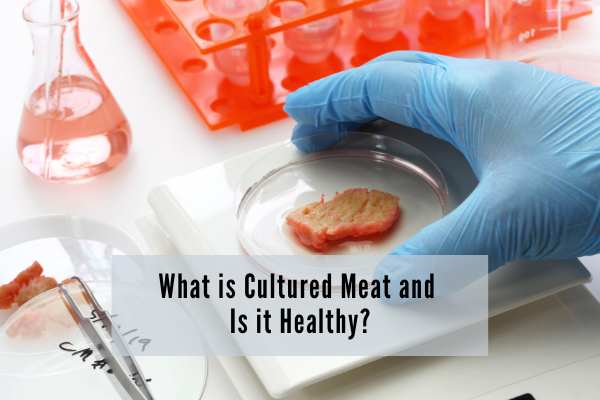 What is Cultured Meat?

Cultured meat is becoming one of the biggest revolutions in the food industry. It is lab-grown meat made from a few real animal cells. This process does not require slaughtering animals like conventional meat. Some Experts believe this is the future of more environmentally-friendly and ecologically-friendly meat production. Currently, companies are working to improve products at lower costs. Lab-grown meat is not currently available in the US or Canada, but experts believe it’ll be on grocery store shelves in the next 5 years. However, it may not be a strong competitor against conventional meat food for at least 25 years. Some cultured meat companies include JUST, Aleph Farms, and Future Fields (an Edmonton Alberta-based company!)

How is Cultured Meat Made?

Conventional meat is responsible for using a substantial amount of natural resources including land, water and energy. The AT Kearney firm predicts that by 2040, 60% of meat production will be from non-conventional processes (e.g. cultured meat). Studies have shown that compared to conventional meat, cultured meat consumed 7-45% lower energy use, 78-96% lower greenhouse gas, 99% lower land use and 82-96% lower water use.

Foodborne illness may be less likely to happen compared to conventional meat. Cultured meat does not have the same opportunity to meet pathogens including E.coli, Salmonella, and Campylobacter, as conventional meat can. Lab-grown meat does not use animals that are raised in small spaces, so there is no risk of an outbreak of diseases. There are also stricter quality control measures.

Cells are extracted by animals under anesthesia, so they only feel mild discomfort. This procedure only takes a few minutes and presents a low risk of long-term problems. There are also fewer animals used, compared to conventional farming. 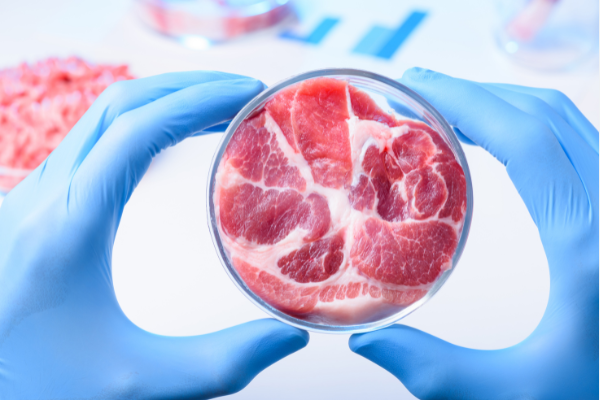 This is one of the top questions about cultured meat. It is still an animal product, so it is not vegan. Since many people become vegetarian for animal welfare reasons, it could be a potential alternative  to consuming conventional meat.

Is cultured meat Kosher or Halal?

How much does cultured meat cost?

Compared to traditional meat, production costs of lab-grown meat are very high. The first-ever lab-grown burger was produced by Mark Post, at a London Press conference at a cool US$330,000. Many cultured meat companies are trying to make these costs lower to compete with conventional meat, which may take a few years to achieve.

You’re probably wondering if cultured meat is healthy. The health of cultured meat depends on how it is processed. Cultured meat may be potentially modified to make it healthier than conventional meat. The fat and cholesterol content can be controlled and adjusted. But at the same time, some essential nutrients may not be present if nutrients are adjusted in the lab.

With any new technology or process, there is always going to be some hesitation and backlash. The current attitude towards lab-grown meat is very mixed. One survey found that about ⅔ of respondents would try cultured meat. However, fewer people were less willing to eat it regularly. Most people agreed that cultured meat is unnatural, less appealing and less tasty, but many also agreed that it would be a possible alternative to conventional meat.

Cultured meat is a fascinating yet controversial process that is evolving every year, one step closer to having it on our dinner plates. Scientists have progressed impressively since the first lab-grown burger in 2013. The public perception of cultured meat is very wide. There are potential benefits, yet there are also potential concerns.

What do you think?  Let us know in the comments below if you’d try cultured meat when it becomes available?

Looking for more information towards a healthier lifestyle, the latest in nutrition, and more?

Our newsletter is a credible source of nutrition information for healthy living. It includes recipes, videos, tips, interesting articles and more!

Is Red Meat Really That Bad?